Why Does He Treat Me Like Shit When He Says He Loves Me? How to Make It Stop!

Hey There — first of all, I’m sorry he’s treating you like shit. (If you’re a man getting run over by a capricious, chaotic, inconsistent woman, just replace the pronoun).

And the beat goes on. Depending on the relationship you’re in.

The reason he treated you like shit when just yesterday he wanted to see you, or you had the best sex ever, or he cried when you tried to break up with him, or fill in the blank ______ is because:

He has all the power in the relationship.

And if he comes from a home, or experience, or culture where he felt helpless, dominated, neglected, abandoned or powerless — it can actually give him a brief hit of satisfaction, even perverse pleasure, to exert his power over someone who is vulnerable to him. Someone who has become romantically attached to him and who relies on him for emotional connection.

Now you might be thinking — but what if I don’t give him all the power in the relationship? What if I pull back?

That is a good strategy — if you like playing games.

Pulling back might make him step up. Until your desire for connection and intimacy returns. Then he’ll step back. How do I know this? Besides my training and work with clients, I’ve been on both sides of the same coin.

As I’ve written in the past, I had relationships with two different men who said they loved me, then treated me like shit. But, guess what? I had one relationship where I perpetrated the same crime.

In my mid-20s I dated a man who gave me all his power. Sometimes I hurt him just because I could. In retrospect it makes sense. I often felt powerless in my childhood.

Fortunately, after two years of my inconsistency, unwillingness to commit and other chicanery, he’d had enough and walked away.

Since then I got the help I needed to ditch being either the emotional abuser or the emotionally abused. Now. What can you do if you’re in a relationship with someone who says he loves you, but turns right around and treats you like shit?

I know that sounds counter-intuitive. It feels pretty personal when someone is ripping out your heart.

But in all likelihood, if he’s treating you this way, he has a pattern of treating other women this way too. You might even notice he treats his mother, friends and co-workers the same way.

Know this. You are not unlovable. If someone behaves badly, that’s on them.

Know it’s his problem, not yours.

If you’re with a flip-flopper the issue is, he doesn’t know what he wants. Sometimes he might want a relationship because he likes the sex, intimacy, safety and social approval of having one.

Other times he may not want a relationship because it makes him feel suffocated, trapped or fearful of engulfment.

We give words too much value in relationships. Love is a verb. If someone loves you they show you by filling your reasonable needs.

Check your needs to be sure they’re reasonable. Some reasonable needs might be fidelity, consistency and commitment if that’s what you’re looking for.

Discover why you’re attracted to and stay in painful relationships.

First you have to admit to yourself that the relationship is disrespectful and painful. Then you have to look at your own behavior.

Has this person become a drug that you can never get enough of? Are you willing to put up with bad treatment in the hope he’ll stay? Keep it real. If you’re not willing to be honest with yourself, nothing will change. 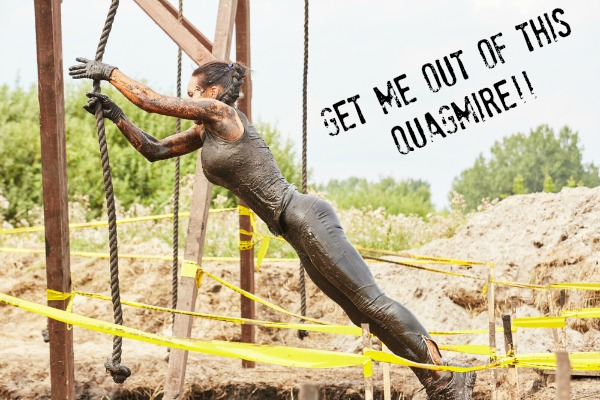 Once you understand your role in the Dance of Death that is an emotionally toxic relationship, refuse to dance. This can look like:

1. Getting yourself in a Love Addiction recovery program.

And while you’re there, get a sponsor who’ll be your bootcamp sergeant for love addiction sobriety.

If it weren’t for my Al-Anon sponsor calling me every morning at 8 a.m. to make sure I didn’t go back to my toxic guy — I wouldn’t be happily married to the kindest person I know for the last twenty years! (I should’ve named one of my kids after her!)

Here’s a link to 40 Questions for Self-Diagnosis for Love Addiction.

2. Commit to a period of withdrawal from the relationship.

This means no contact of any kind for at least a month. It also includes not visiting places you went with him. Looking at old photos or social media or texts about him.

This means removing yourself from triggers. Our brain, once addicted, has slick fast neural pathways that make relapse extremely easy. Like Pacino said in The Godfather III — “I tried to get out, but they pulled me back in!”

3. Think of yourself in the third person.

What this means is, think of yourself as your best friend. Using myself — I started doing things for my friend Shannon to show her I loved her (I had to fake it until I made it.)

I took Shannon to the movies. I took her to the tennis courts so she could smash a ball against a wall pretending it was his head. I got her a pedicure. I put her phone out in the garage at night so she wouldn’t stay up all night checking for his texts.

4. Check with relationship role models to get a reality check on what constitutes shitty treatment.

If we come from a background of deep dysfunction we may not even know what good treatment looks like. We might doubt ourselves and our needs.

Talking to couples in loving, healthy relationships can help you orient yourself to what is possible.

Take action toward your own recovery and sanity. You’re worth it and the cycle of loving people who treat you like shit is absolutely breakable.

You might be stuck with a boss or a bus companion who’s a real jerk, but you don’t have to go home to one. xxxxx S

And don’t forget to pick up Shannon’s book. It will be a huge help!!