05 Oct Addicted to Love? (The Bad Kind) 7 Triggers & the Antidotes!

“I know I need to end this relationship, but I texted him three times yesterday. Why did I do that? What’s wrong with me?” — says someone addicted to Love

This is a common refrain from many of my private clients. These are loving, considerate, intelligent often very successful people. Yet they struggle with the ability to leave emotionally abusive relationships and even end up chasing a toxic partner they broke up with.

Why is it that many people don’t act in their own best interest in relationships?

The answer is: Love Addiction

It’s a real thing. As real as an addiction to drugs, alcohol or gambling. It affects the brain the same way, with shockwaves of dopamine, oxytocin and the opioid hormone that trigger the pleasure center of the brain.

Who Is at Risk for Love Addiction?

“People generally become love addicts due to a past history of abandonment from their primary caregivers.

“Adult love addicts usually recognized as children that their most precious needs for validation, love and connection with one or both parents were not met.

“This affects their self-esteem dramatically in adult life. It results in a conscious fear of abandonment and an underlying subconscious fear of intimacy. To a love addict, intensity in a relationship is often mistaken for intimacy.”

A Love Addict’s parents may not have physically abandoned their child, but they may have been emotionally remote, withdrawn or openly critical.

If you feel like this might be you, I’d like to address one mental habit that makes you “text him three times” when you intellectually know you need to let go and get out.

Constantly Thinking About, Obsessing About, or Trying to Figure Out the Object of Desire, Even When You Know It’s No Use.

When the Addictive Brain is threatened or triggered by the removal of the drug/love interest and faces the excruciating pain of withdrawal, it will do anything to get that drug back.

It will kick into overdrive; thinking unceasingly of the object of the Love Addiction.

There are 7 Sneaky Triggers the Addictive Brain uses to keep the constantly-thinking-about-him cycle going, which can lead to relapse. To replace the triggers, I’ll give examples of Healthy Antidotes below.

This can sound like: I know that he cheated, but maybe he’ll change? Or, He says he loves me, I should just believe that, even though he’s critical and inconsistent, maybe if I just try harder things will change.

It isn’t Love unless it’s full of peril and passion or He did take me out for my birthday that one time. It’s really hard for him to do things like that because he had a difficult childhood.

The Addictive Brain has selective memory and often tortures us by thinking about the “good times” in the relationship. These “good times” are often what happened between the sheets.

Because there’s no sex so good as the volatile, unpredictable, inconsistent kind where you don’t feel entirely safe. That’s just Dopamine City.

Antidote for Triggers One & Two:

Write Down All of the Bad Times, Sparing Yourself No Sad Detail

This might seem like self-torture, but if you truly want out, sit down and write about every disappointing, painful and even humiliating thing that occurred in the relationship and how it made you feel about yourself.

I have a client who discovered her fiance was cheating on her. She contacted the woman he’d been with and asked her if she’d be willing to tell her every detail of what happened.

The Other Woman was happy to comply as she too had been duped into thinking she was the only one.

I know this is an extreme example of jumping into the mouth of the wolf, but it helped my client shed her denial and the romanticizing that kept her going back.

Each time she thought about contacting him, or replying to his texts and calls, she forced herself to reread his hurtful behavior and knew she deserved better than that.

This sounds a little like: I can just use him for sex. I won’t get hooked again. Or. I’ll just see him one more time to give him a piece of my mind.

Antidote: Break Down the Cycle-of-Bargaining and How It Ultimately Feels After You Give In to the Addiction.

When you find yourself trying to justify going back (and I suspect this isn’t the first time), write down what the results of going back have been in the past. Do you see a pattern or repetitive cycle? If so, write down — in detail — how the pattern works, step by step. It might be something like:

Because without a lot of time apart and individual work toward recovery, it will be the same.

This might sound like: What if there’s nobody better out there? Or I’m too old to start over, or a million more fears! 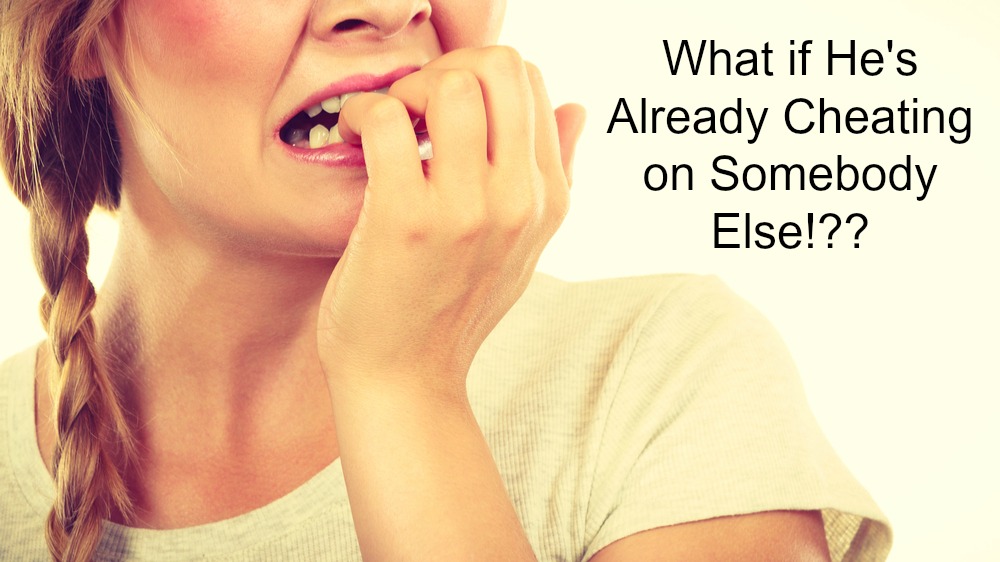 This might sound like: I’m going to do a little detective work to see if he’s suffering as much as I am. Or, I just want to see if he put his profile back up on J-Date. Or, He wasn’t even that good-looking. I’m a lot more attractive than he is.

This might sound like: He told me I was the “love of his life,” how could he treat me so badly? Or, How could he be so mean! Or, I never get the good guys.

The Addictive Brain is very sneaky with these three. It gets our general anxiety ramped up — the way drug addicts feel anxious when they need a fix — and the only way to briefly relieve the anxiety is to connect with our love addiction object.

Antidote: Mentally Walk Yourself Through the Process of the Aftermath of Giving in to Fear, Ego and Victim Mentality.

I have a client that wants desperately to break free from her guy and is the one who initiated the break up, based on his history of using her and cheating on her.

She occasionally relapses and texts him due to fear she’ll be alone forever, ego that wants to know if he’s suffering too and victim mentality that really, really needs him to apologize for his cruel behavior, hopefully on his knees in abject misery.

So I walked her through the process of relapse. We discovered that she feels general anxiety building up when she hasn’t communicated with her object of love addiction for a day or two.

The anxiety becomes acute, so she texts or calls, even though she intellectually doesn’t want to. After she’s left the text or message her anxiety is relieved. She can breathe again and feels much better until … time passes and he hasn’t responded … then the anxiety begins to build again, only this time it’s worse, because he hasn’t responded and the need for a fix is more powerful than before. 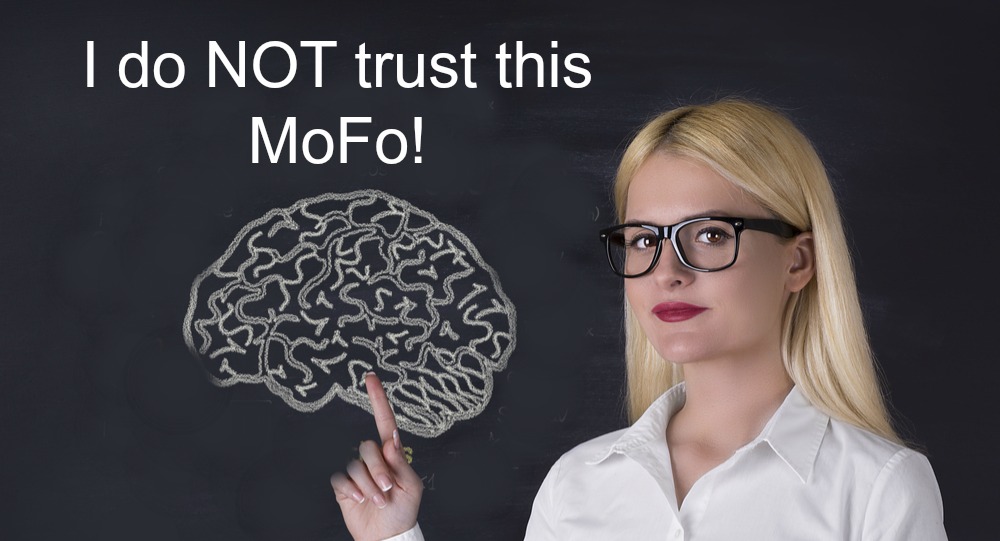 This is a big one. If we’ve spent all of our mental time thinking about our love addiction object — we rarely have any time, mental or emotional space to nurture other healthy, supportive relationships with friends, family members, co-workers or some kind of mental health community — I love 12-Step recovery for getting out of addictive relationships.

When you find yourself isolated in your addiction, get to recovery meetings; they can be 12-Step or any type of recovery you feel comfortable with.

But don’t think going to meetings should feel easy and comfortable at first; they might be initially scary — get on your own team and out of your comfort zone and Just Do It! If you take all these steps and find you still can’t stop thinking about him …

Antidote: Stop Thoughts and Distract Yourself

This tidbit is from Howard Halpern, MD, Phd:

“Eileen told me, ‘I found a way to think of Peter a lot less often. I wear this rubber band around my wrist, and as soon as I notice thoughts of Peter intruding my mind, I pull the rubber band out and let it snap against my wrist hard. It really works!’

“At first I was appalled at this effort to condition herself not to think about Peter through punishment. . . . ” But then I realized that Eileen had developed a very deep understanding of the needs, patterns, and history that went into forming her attachment to Peter and other similar men before him, and that she had strengthened her sense of her worth and viability as a separate person.

“In that context, her behavioral gimmick was not a substitute for real change, but a useful technique in dealing with the residue of her attachment–the intruding thoughts about Peter.

“I could see that it had great value in severing the last vestigial ties to him. And I could see the appropriateness of recommending some behavioral techniques as part of the process of breaking an addiction.”

If you have any questions about Love Addiction I highly recommend picking up the Sex and Love Addicts Anonymous book.

Sadly it’s a match made in Hell. But there is help and Love Addiction can absolutely be vanquished. I know because I did it and my clients are doing it too. xo S

If your are addicted to love, be sure to jump on Shannon’s biweekly newsletter for recovery. HERE.